UBI products offer a lower premium, along with a mileage variable, by combining usage and behavioral factors to create pay-as-you-go personalized pricing and opportunity for savings and rewards. This is important for USAA's military service members who are highly mobile and frequently deployed. 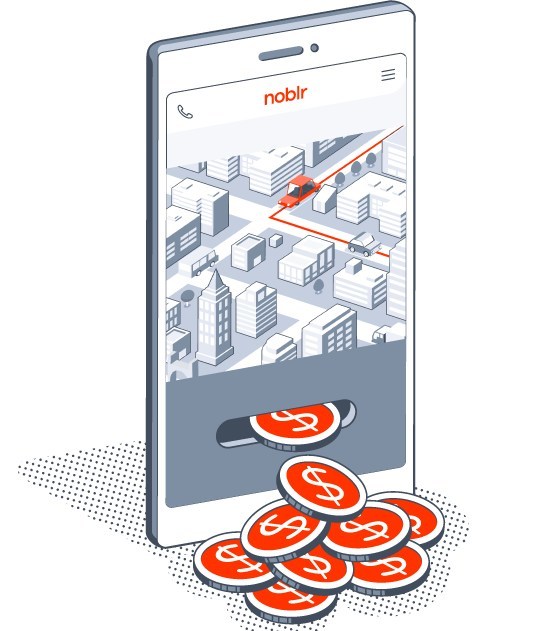 Adding a UBI product helps USAA achieve its mission by serving members with personalized pricing and control over the cost of their insurance. USAA's financial strength makes acquiring new technologies one way to accelerate the association's innovation and speed its entry into this growing market.

"The acquisition of Noblr, Inc. increases our competitiveness in the marketplace and adds the choice of UBI capability for our members," said Wayne Peacock, USAA President and Chief Executive Officer. "Members will get personalized pricing that fits their risk and usage profile, better control over the cost of their auto policies and an exceptional end-to-end digital experience."

"USAA has always been an innovator, and the addition of Noblr, Inc.'s technology platform is another example of our commitment to deliver world-class service and experiences to our members," added Peacock.

"This is a wonderful opportunity for the Noblr team to quickly and significantly expand the implementation of usage-based telematics to more states and to serve our military families, USAA members," said Gary Tolman, Noblr, Inc. CEO and co-founder. "We look forward to being a part of the USAA team as they embark on their next century."

USAA plans to roll out UBI nationally over the next three years, starting with the eight states where Noblr is currently available and expanding to additional states this year.

The acquisition complements the news that USAA's behavior-based insurance (BBI) program, SafePilot, grew 200% in 2020 and that nearly half of new policyholders in the states where SafePilot is available opt in to the program.

The Noblr, Inc. UBI program will be separate from SafePilot, which primarily uses behavioral data. UBI and BBI programs incentivize drivers to examine their driving habits, ultimately creating safer roadways while offering savings. Both programs will be optional for members.

USAA expects the acquisition to close later this year. Terms of the transaction were not disclosed. The transaction is subject to regulatory approval.

USAA
Founded in 1922 by a group of military officers, USAA is among the leading providers of insurance, banking and investment and retirement solutions to more than 13 million members of the U.S. military, veterans who have honorably served and their families. Headquartered in San Antonio, USAA has offices in seven U.S. cities and three overseas locations and employs approximately 36,000 people worldwide. Each year, the company contributes to national and local nonprofits in support of military families and communities where employees live and work. For more information about USAA, follow us on Facebook or Twitter (@USAA), or visit usaa.com.

Noblr, Inc.
Noblr is smart car insurance for smart drivers that rewards its members' good driving habits by giving highly accurate, competitive rates that are based on, among other things, time of driving, quality of driving, and miles driven. Noblr is an innovator in terms of its proprietary insurance solutions and its corporate structure. Through a reciprocal exchange model, Noblr customers are members who help steer the company's direction. Headquartered in San Francisco with a service hub in Austin, Texas, Noblr, Inc.'s experienced team of seasoned insurance and technology leaders have received investments from top-tier companies like Hudson Structured Capital Management Ltd., White Mountains Insurance Group, Ltd. and SiriusPoint Ltd. The Noblr, Inc. team and its members are working together to change the way we think about driving and our insurance. For more information, please visit noblr.com.